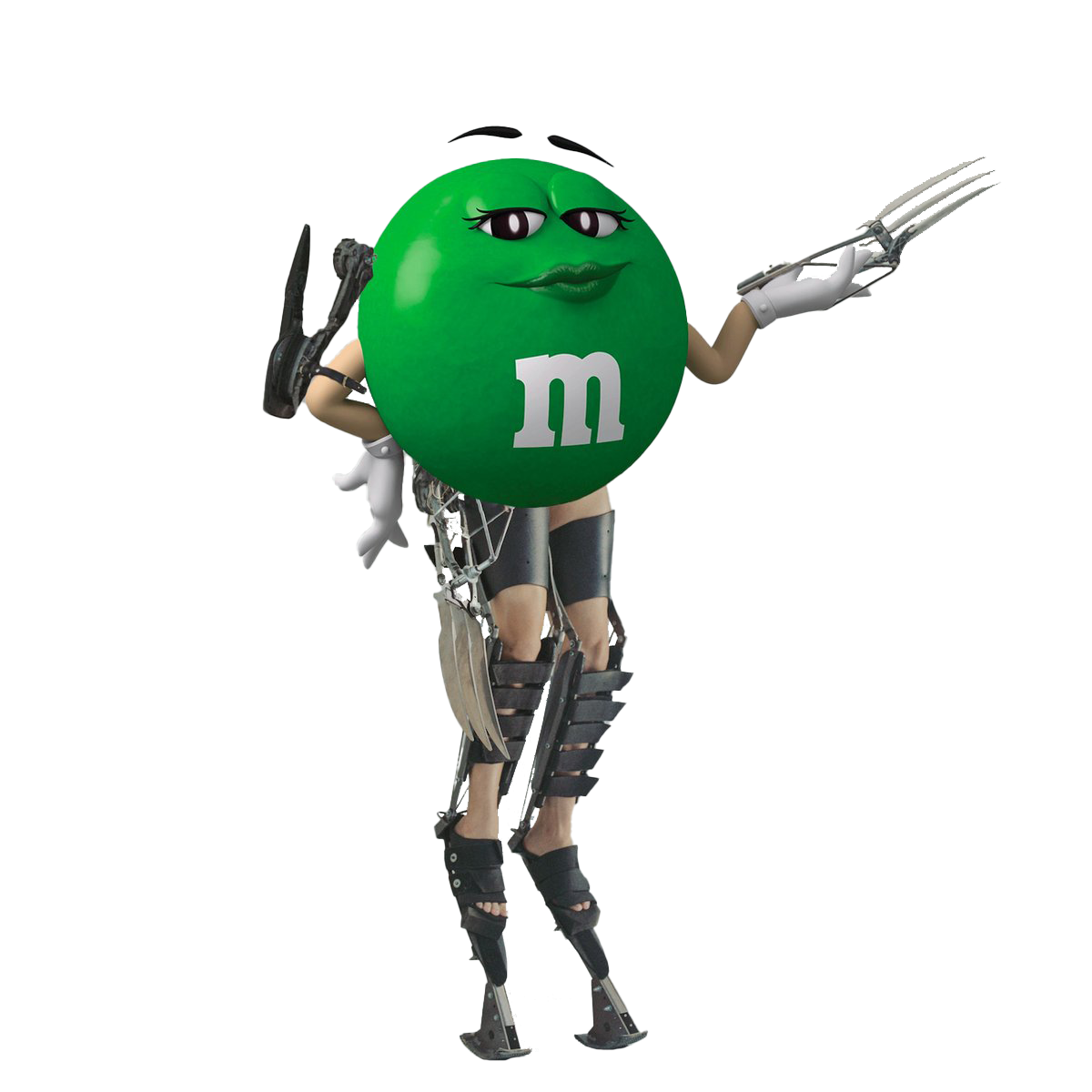 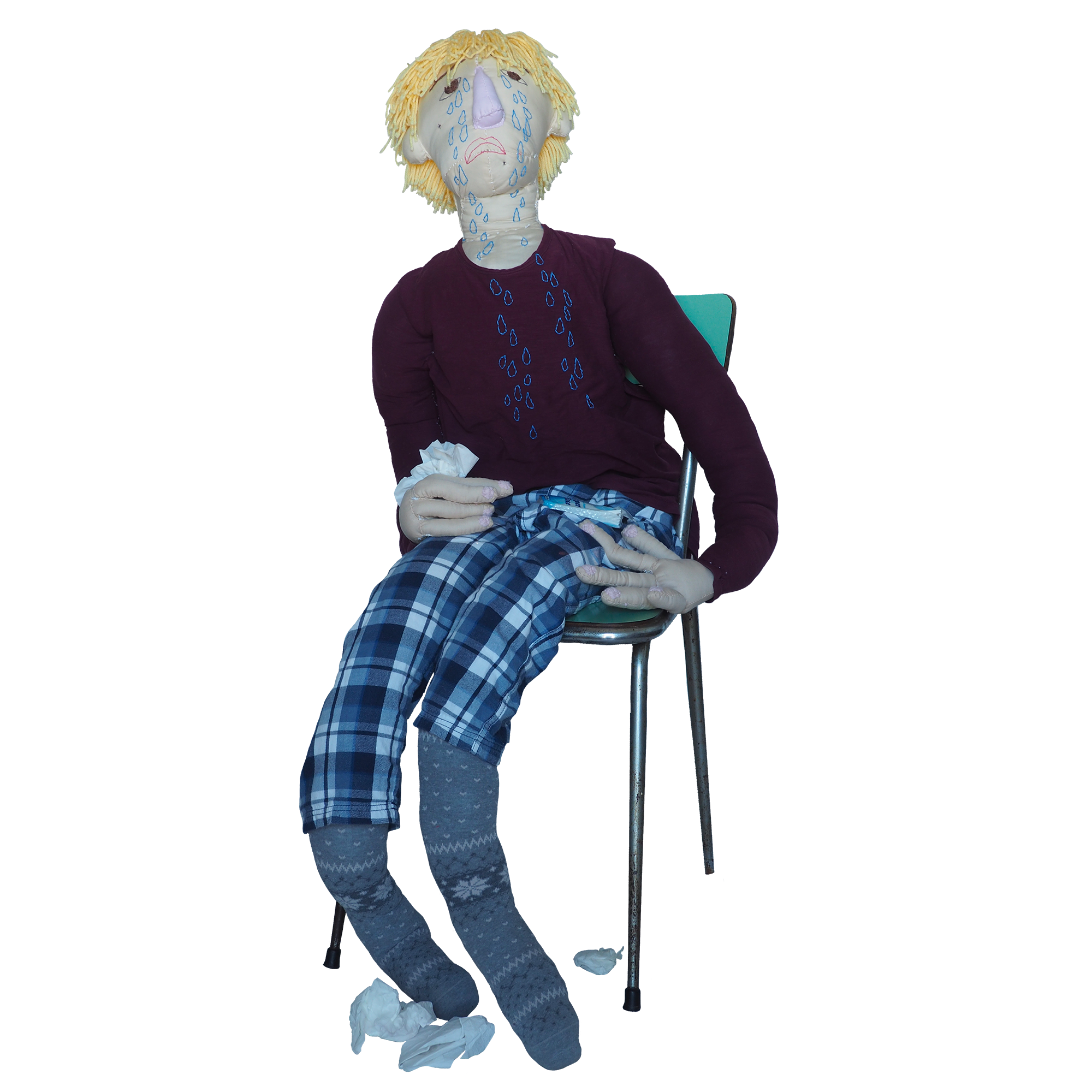 Il Piagnucolone (2021) is a fabric self-portrait of its creator, sewn in a difficult moment of the artist’s life and it therefore represents not so much the looks but the artist’s emotional state at the time. The doll is ironic, a way to reach catharsis by making fun of the depressive emotions that it comes from.

Il Piagnucolone has a wire skeleton, which gives it jointed limbs and hands.

Caio Tripodi (he/they, lui) was born in Sicily in 2001, where he spent his formative years. After a high school diploma in Classical Studies, they moved to Bologna to attend the Fine Arts Academy, studying Comics and Illustration.
His work is influenced by both traditional “fine art” (such as that of the Classical and Medieval times as well as the Renaissance) and Outsider Art, together with the world of comics and illustration. Another important characteristic is the extremely personal interpretation of the artist’s surroundings and lived experiences, which is expressed through the creation of a distorted world, full of anthropomorphic creatures (though not human) and eerie situations.

Transmute and join the micelia 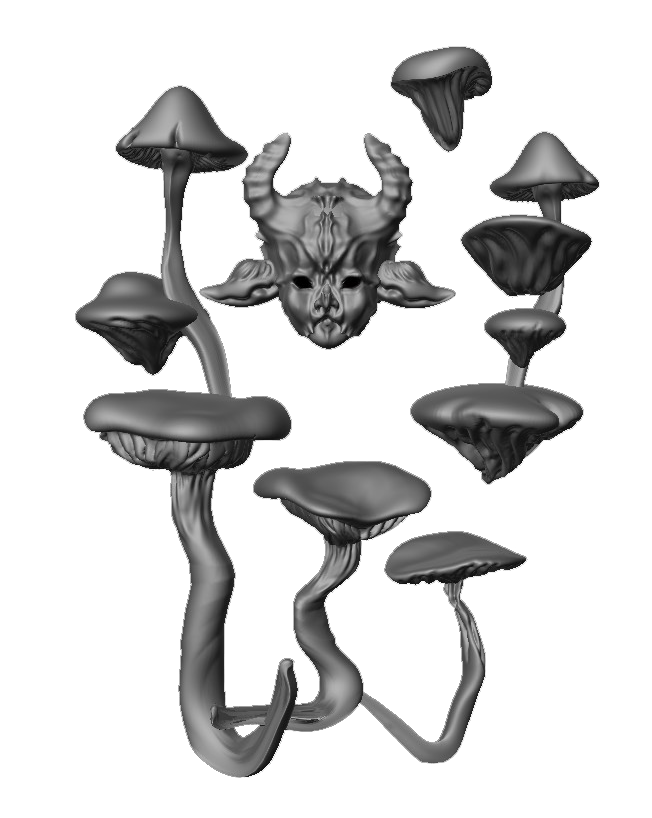